"Shaking" it up at the Manhattan Cocktail Classic 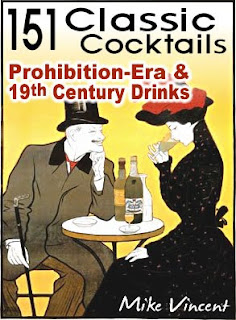 I can officially say that I’ve finally been to the New York Public Library…my mom would be so proud (as she is a Librarian)! Unfortunately it wasn’t for studious reasons, but rather to imbibe in some amazing cocktails at the premiere preview gala of the Manhattan Cocktail Classic! New York City’s first ever multi-day event celebrating the history, contemporary culture, and artful craft of the cocktail from event visionary Lesley Townsend. 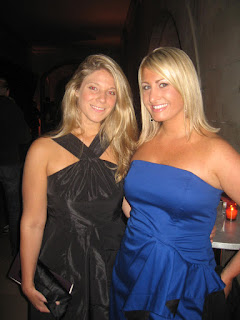 As I walked up the candle lit stone steps in my new little cocktail frock, I was in awe….it was such a beautiful setting! At the door, I was greeted by the fabulous Hanna Lee (of Hanna Lee Communications), where she handed me the “roadmap” of the evening’s festivities and set me loose in the cocktail kingdom. I glanced around the marble floored room and noticed there were twelve individual bars serving up different iconic “New York” cocktails made by some of the great mixologists of our time: Dale DeGroff, Steve Olsen, Dave Wondrich, Charlotte Voisey and many more…hum, where to start, they all looked so good! 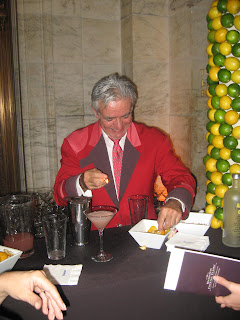 On my way to the first bar of the night, I swayed to the engaging music that was playing compliments of big jazz band, Vince Giordano’s Nighthawks; they were great and provided a lovely backdrop, I actually felt like I was in another era! 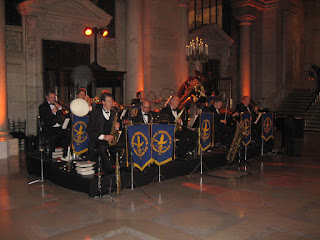 The first drink I tried actually turned out to be one of my favorites from the evening—the Morehouse Mollifier, which was made with Ketel One Vodka, Grand Marnier, Lime Juice, and Orange Flower Water—shook with ice and strained into a martini glass. It was delicious, with the right amount of tart to sweetness! I later learned that the cocktail recipe was from Ward Morehouse, a columnist for New York World-Telegram and Sun, which he adapted from the cocktail book "Bottoms Up" by Ted Saucier (1951, New York). Just thought I would throw some “book” knowledge in since it was at the Library!!!
On my way to the next stop of the night, I passed by the over-the-top buffet of food…it was actually incredible! The long table was set with bites from Top NYC chefs that featured foods such as the giant Turkey Drumstick, Suckling Pig, Deviled Eggs, Marinated Squash Salad, Boudin Blanc, artisanal cheeses, as well as a separate oyster bar to boot! I took a few nibbles and then proceeded to the closest bar. Over the night I worked my way around the space (upstairs and downstairs) sampling several different cocktails while making some new friends. 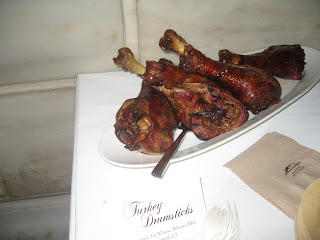 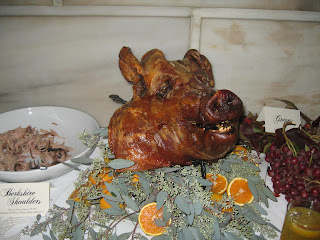 Beside the Morehouse Mollifier, a found a few more favorites in the bunch, like the Floradora made with Hendrick’s Gin, Raspberry Syrup, Lime Juice, and Ginger Beer- it was amazing, refreshing with a bit of spice from the ginger beer! And the Liberty Cocktail made with Zacapa Rum, Applejack Bonde, and Demerara sugar syrup, garnished with an Orange twist, was a nice nightcap! 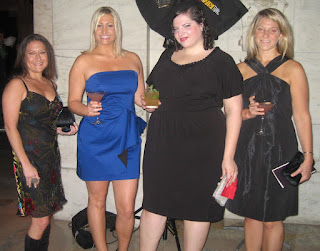 After a few hours of sipping, chatting, and nibbling everyone seemed to migrate to the dance floor, where we boogied the night away until the event concluded. All and all it was a fantastic night, and I actually “learned” a lot about the cocktail culture from the past few centuries and even felt a bit smarter…maybe in part by osmosis from being in the New York Public Library!!! Either way I am looking forward to the next installment of the Manhattan Cocktail Classic this spring! 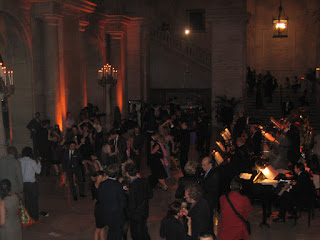 For more information on the event, and for details about future events, please visit: http://manhattancocktailclassic.com/
Posted by Emily Nordee (Em a la Mode)